What are Raspberry Ketones?

They are a natural compound found in red raspberries that have been marketed as strong fat burners. These are normally taken as a supplement in a capsule form.

There are many raspberry ketones supplements on the market, and each claim to do a different think. Below are some of the most common examples:

This supplement causes the fat cells to break down effectively which would help to burn body fat faster. Other forms of Raspberry Ketones claim to increase levels of a hormone that helps to regulate metabolism. All these claims are big on words, but are they big on evidence? Let’s take a look.

One study examined the effects of raspberry ketones in mice fat cells which indicated an increase in fat burning (Planta Med, 2010).

Likewise, another study then re-examined the previous mentioned study and demonstrated that, using the same dosage activated a few genes which are involved within fat burning like adipose triglyceride lipase (ATGL) and hormone sensitive lipase (HSL) (Pharm Biol, 2015). ATGL plays a vital role in fat burning as its function is to break down fats into fatty acids and glycerol. This will then become the primary sources of energy. Whereas HSL increases the speed at which those fatty acids are released.

Another study done by Graduate Institute of Life Sciences et al (2017),  measured the effects of raspberry ketones in obese rats. Daily use of this supplement decreased body weight, reduced fat cell size and fat mass. However, there is only one study conducted with actual people, all other studies were done with animals.

The one human study which looked into the effects of raspberry ketones found a fat loss of 7.8% compared to 2.8% in placebo. In addition, found weight loss of 2% compared to 0.5% in placebo without any differences in caloric intake. Please bear in mind that the group who lost weight were not just given raspberry ketones. They were also given another supplement containing raspberry ketones and Synephrine which is another fat burner. So,  Raspberry Ketones standalone have not been tested (Patel,2018). Animal digestive system and body works differently to human, raspberry ketones require a lot more investigation before their effectiveness can be concluded.

The dosage depends on your age, height and weight. There is no sufficient evidence to show the dosage that’s best for fat loss.

If you feel like you still want to give Raspberry Ketones a try, we would recommend the core nutrition supplement. Simply because it contains a great blend of ingredients including green coffee extract as well as raspberry ketones which seems to be a good mix as shown in some animal studies.

In conclusion, do they work? There is no sufficient research conducted on humans, research has mostly been done on animals. The only study on humans showed great results. However, they were also given Synephrine which is another fat burner. Your body digests and absorbs the content of food much better from natural foods than supplements. Therefore, if you wish to consume these, it might be better consuming red raspberries rather than the supplements. But there isn’t sufficient research to prove their effectiveness. 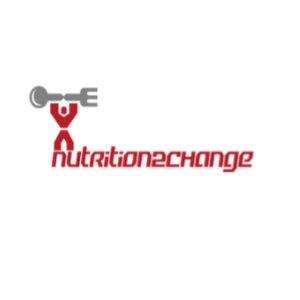 Healthy changes for a better and more fulfilling life

Being healthy is more than just eating better and exercising, there’s so much more to it in regards to mental health, how

The ADAA has claimed that ‘Anxiety disorders are the most common mental illness in the U.S., affecting 40 million adults in the

Generally, healthy nutrition tips remain constant throughout your life. Eating a balanced diet full of all the major food groups will help

Staying motivated when working out is one of the biggest barriers many people face when making their dream bodies a reality. Unfortunately,

Any cookies that may not be particularly necessary for the website to function and is used specifically to collect user personal data via analytics, ads, other embedded contents are termed as non-necessary cookies. It is mandatory to procure user consent prior to running these cookies on your website.